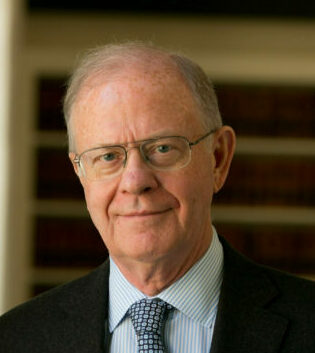 Supports innovations in the provision of cost-effective civil legal services for the indigent.

In June 2006, the Board of Directors of The New York Bar Foundation established the Robert L. Haig Fund in honor of Robert L. Haig, Esq. The members of The Foundation’s Board made personal contributions to this Fund as a tribute to Mr. Haig for his leadership, dedication, guidance and support during his three-year term as President of The Foundation.

Robert Haig is a litigation partner with the law firm of Kelley Drye & Warren LLP in New York City. He is a former President of the New York County Lawyers’ Association and a former member of the New York State Bar Association’s Executive Committee. He was the founder and first Chair of NYSBA’s Commercial and Federal Litigation Section and he continues to serve on The Foundation’s Board of Directors. Mr. Haig has served as the Chair of the Committee on the Judiciary of the Association of the Bar of the City of New York and also chaired that Association’s Council on Judicial Administration.

Mr. Haig is Co-Chair of the Commercial Courts Task Force appointed by Chief Judge Judith S. Kaye to create and refine the Commercial Division of the Supreme Court of the State of New York. He has also been active in efforts to create business courts in many other states and countries.