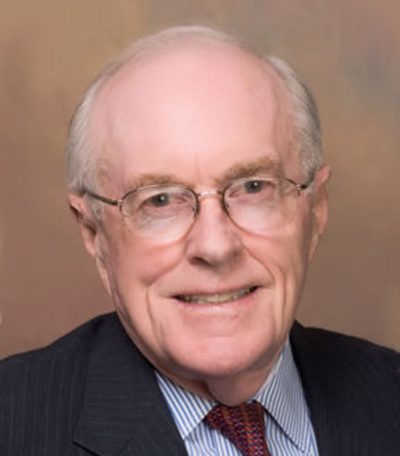 Provides funding for legal services to families and children of indigent prisoners.
Established in 2003, this fund was established in honor of John R. Dunne, who has served as a legal scholar, activist, and former state Senator with a storied career as lawyer, statesman and politician. From 1990 to 1993 he was the Assistant Attorney General for Civil Rights at the U.S. Department of Justice and was a member of the New York State Senate for twenty-four years serving from 1966 to 1989. As a state senator, he served at various times as Deputy Majority Leader and chair of the judiciary, environmental protection, insurance, and prisons committees.

From 1956 to 1965 he was law secretary to a New York State Supreme Court Justice and headed the law department of the Nassau County Court. Throughout his local and state service, he actively practiced law on Long Island, as a partner in the national law firm of Rivkin, Radler, Dunne & Bayh. He was awarded both the Edmund Randolph and the John Marshal awards for distinguished service and received the New York State Bar Association’s highest tribute, the 2006 Gold Medal Award, in honor of his outstanding career contributions and efforts in furtherance of the legal system. He has previously served as Chair of the Fellows of The New York Bar Foundation and is currently Senior Counsel at Whiteman Osterman & Hanna LLP in Albany. The John R. Dunne Fund provides funding for legal services to families and children of indigent prisoners, continuing John Dunne’s dedication to this important cause.