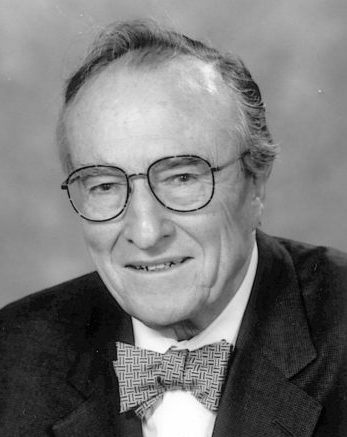 Provides funding for educational programs for attorneys that uphold and preserve the core values of the legal profession including equality, fairness and justice and which are guided by the highest ethical standards. The MacCrate Fund was established by the Board of Directors of The New York Bar Foundation in honor of former Foundation president, Robert MacCrate, when it conferred its inaugural Lifetime Achievement Award on him in February 2008. Mr. MacCrate was first elected to The Foundation’s Board of Directors in 1972 and served as president from August 1972 to July 1973 and again from 1976 to 1991. During his tenure he advanced the objectives of The Foundation to improve the justice system, facilitate the delivery of legal services, increase public understanding of the law, and enhance professional competence and ethics. He was responsible for overseeing the building renovation and period restoration of 5 and 6 Elk Street in Albany, New York (now part of the New York State Bar Center) and for spearheading the fundraising of $6.8 million for the Bar Center’s expansion project. The Fellows of The New York Bar Foundation nomination and election program was introduced by Mr. MacCrate in 1974 and during his tenure as president he increased the number of seats on the Board of Directors from 11 to 15 due to the Foundation’s growth and increasing workload. Mr. MacCrate served as counsel to New York Governor Nelson D. Rockefeller and as special counsel to the Department of the Army for its investigation of the My Lai incident. He served as president of the American Bar Association (1987-88) and the New York State Bar Association (1972-73). He has been a member of the New York State Bar Association’s House of Delegates since 1970, served as chair of the Committee on the New York State Constitution (1966-67), chair of the Committee on Law Governing Firm Structure and Operation (1999-2003) and has been a member of the Special Committee on the Bar Exam since 2005. Mr. MacCrate chaired the ABA Task Force on Law Schools and the Profession. The Task Force’s Report, known as the MacCrate Report, was issued in July 1992 and is widely viewed as a template for modern legal education in the United States. He was a partner for many years with Sullivan & Cromwell LLP (New York) and is currently Senior Counsel there. Mr. MacCrate continues to serve as a trustee or board member of many organizations. He received a B.A. from Haverford College, an LL.B. from Harvard University, and numerous honorary degrees. He served in the U.S. Navy with the Pacific Fleet.